Please note we are not vets! We will provide information on nutrition, allergies and issues related to your double dapples "diff-abilities" but we are not the people to talk to when something serious is happening. PLEASE VISIT YOUR VET IF YOU HAVE ANY CONCERNS.

There is loads of misinformation out there on double dapple dachshunds.

Myth Double dapple dachshunds can be born without limbs and missing ears.
Fact Being a double dapple does not make the dog prone to missing limbs or ears at birth. Really bad breeding practices do.

Fact While most double dapple dachshunds do have blue eyes, they can have parti (mottled looking eyes), bi (one blue, one brown) and normal brown eyes. It all depends if the dapple gene touches their eyes or not. Single dapples can also have blue, brown, parti or bi eyes. Only non dapples cannot have blue eyes… so, if you have a dachshund with blue eyes, but doesn’t look like a dapple… It is! It’s just a hidden/cryptic dapple, such as a recessive red that doesn't show any dappling. 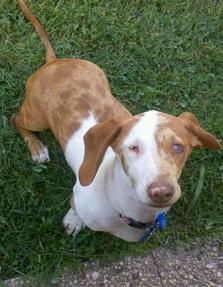 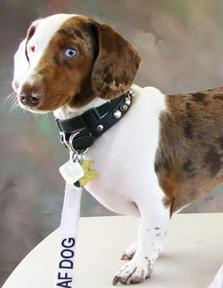 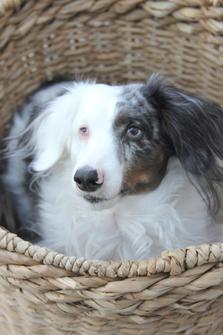